Friday on the Gallery

In the Quarter, balconies and galleries are prime social spaces - generally breezy in the summer and great for people-watching. If one is lucky enough to have one, one spends less time in bars because one's apartment becomes a destination. This has been the case for much of August, which has been surprisingly (OK, comparatively) mild, despite the 99% humidity. So on Friday, my friends Jennifer and Scott, who were celebrating their impending adoption of a rescue frenchie, randomly showed up, as they will do (in all fairness, I drank much of the contents of their wine fridge a couple of weekends ago). I was actually next door drinking grappa on my neighbor Mike's gallery (note to self: grappa gives a vicious hangover, especially when consumed with more than one bottle of red wine) when they hollered up from the street (as people will do), but soon enough, things moved over to my spot. 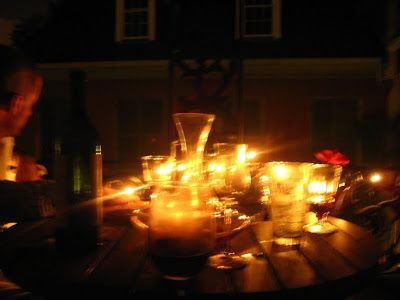 Scott watching the parade below. 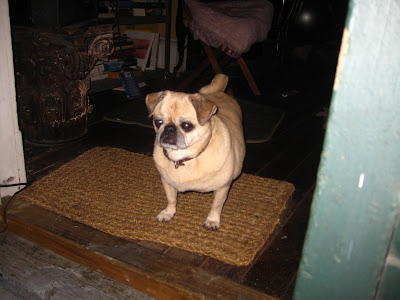 Bugsy wants to know what all of this noise is about. No, we weren't playing French Quarter Lifeguard (Out of the pool!), because I couldn't find my whistle. Etta stayed inside, sniffing the contents of Jennifer's bag. 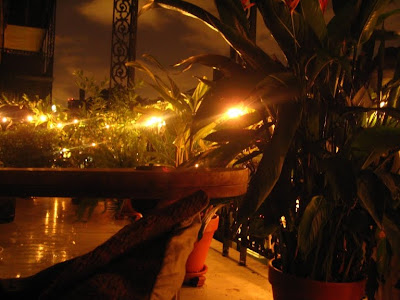 The humidity (around 99%) made the lights twinkle more than usual. Or maybe it was the booze. 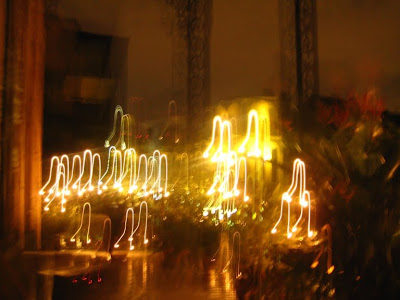 This is what it felt like while cleaning up.
Posted by the quarter rat at 11:34 AM

oooof. Grappa is rarely as good an idea as it seems at the time. Calls for a stinger in the morning. Or a Sazerac or Ramos Fizz. Hope it's all worn off by now.