A Pack of Two

Seven years ago today, my closest, most reliable friend entered my life. We made it through The Poor Years, Katrina, and even FEMA. 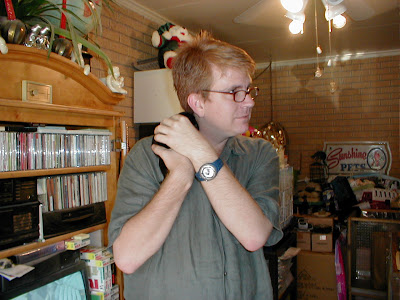 Deciding the best plan of escape from the breeder, with Etta
A few months before I babysat my friends' pug, Bugsy, for a week and was inconsolable when I had to give him back. Accepting responsibility for my new-found need for a pug, my friends Jennifer and Scott drove me to a breeder on the North Shore (of Lake Pontchartrain). I was going to pick out one of the show-quality boys, but Etta had the most personality - she was in time out for fighting with her littermates. She also was half the size of her brothers and had a corneal abrasion. When I suggested that maybe she needed a couple of weeks still, the breeder - one of the strangest people I've ever met (remember, I live in the French Quarter) - told me to pick out one of the boys, as he had no problem selling female puppies. I finished the sentence mentally: "to a puppy mill." The picture above looks like it was taken just after that exchange (Etta is the dark spot behind my hands). Shortly afterward I paid this strange man and fled with the scrawny, purebred rescue puppy. The rest is French Quarter legend. 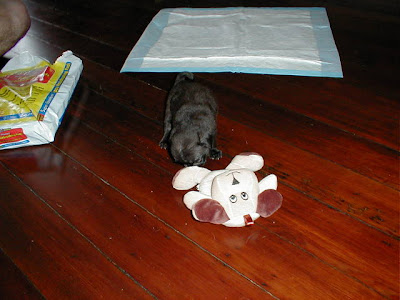 A couple of hours later back home 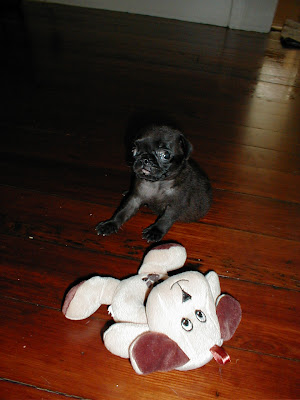 Yes, the tongue was out even then 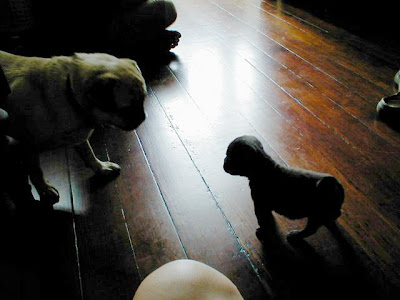 A week later she met her Uncle Bugsy. 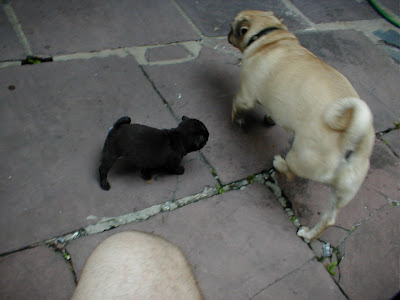 It's been a rocky relationship ever since. 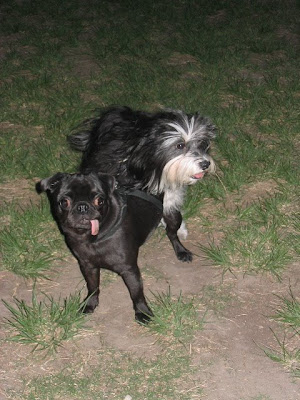 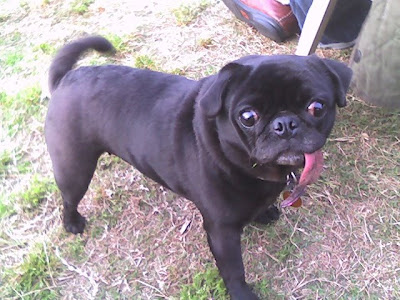 I watch her a little more closely at the park these days. 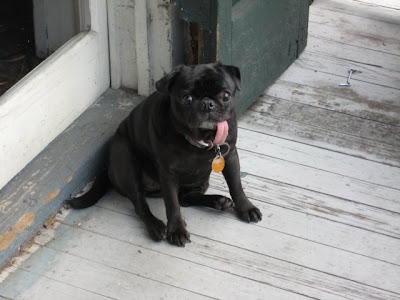 Last year, just before the Gustavacation. 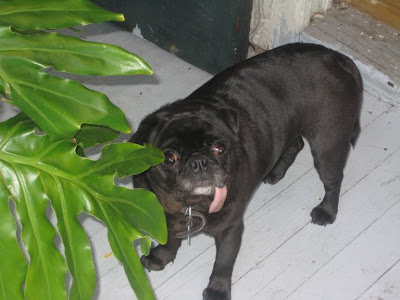 A couple of months ago hunting on the gallery.

I think that this occasion calls for a Ramos Gin Fizz at DBA (where she is always welcome), followed by some food somewhere outside to enjoy the unseasonably cool weather. Yes, I usually share...

Posted by the quarter rat at 3:20 PM No comments: